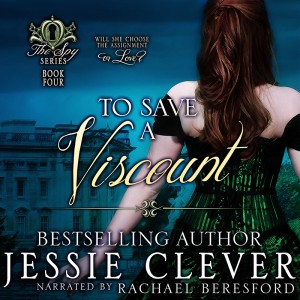 You’ll notice the last book of the Spy Series, To Save a Viscount, is dedicated to these two nutheads. You’ll also notice I post a lot of photos and videos of them. But who are the lady and the captain?

Let’s start with the lady, because she arrived first.

We knew we wanted a Basset hound. I had had many dogs throughout my life, but a Basset hound found us. It was late on 4th of July, and we were walking back from the river when a tinkling noise came out of the darkness, attached to the romping Basset hound it belonged to. The poor guy had gotten spooked from the fireworks and broke out of his yard. His name was Cory, and he sauntered up to us, plopped his rolly butt down at our feet, and proceeded to love us eternally. We knew a Basset was the right dog from that moment on.

So in the fall of 2012, my husband went in search of a Basset hound. Turns out, Basset puppies are hard to get. Have you seen a Basset puppy? I mean seriously. There is nothing cuter on the PLANET. We could probably solve all of the world’s problems just by handing out Basset puppies. But perhaps that’s why there’s so many problems. Basset puppies are very hard to find.

In fact, in the hubby’s search of the entire New England area, he only found one. This one.

He sent me this photo while I was at work. It was a Tuesday afternoon in October, and the text said, we’re going to pick her up on Saturday. She’s in New York.

I looked at the photo, and I said, Her name is Lady Josephine, and we will call her Josie. We went and picked her up, and that was that. She was our baby girl from the moment she ran up to me and put a single paw on my knee, her big eyes searching my face as if to say, are you my mom?

It turns out I was her mom, whether she liked it or not, because her puppyhood from that moment on would become the adventure no one expected. We took her to Western New York to meet her grandpa. Only when we got there, we found Grandpa had to have his gallbladder removed, and the lady spent an odd week in the car in Erie, PA, encountering a swarm of dead fish, loud, smelly traffic, and a lot of walks around a hospital park. She was praised when she peed on the hotel bathroom floor. Remember she was a puppy. Potty training was still a new thing to her, and when she went on the tile of the hotel bathroom floor instead of the carpet, she was the best puppy in the world! She didn’t care. She just wanted a carrot.

It didn’t get much more normal after that. There was a big scary yard, and a dog hidden behind a fence that parked at her when she peed. So she just didn’t pee. That was until she found her voice. That other dog doesn’t bother her anymore. But the scary yard and the dog who barked at her when she peed meant she didn’t pee anywhere except one spot in her yard. It was a lot of walking and a lot of hot dogs that finally got her comfortable peeing outside of that one spot.

And then there was puppy school. In case you haven’t figured it out, the lady is very food driven. School was her jam, man. There was so much food! And all she had to do was what I told her to do, and she’d get hot dog and cheese! School was the best thing ever. She skipped puppy school because she was too smart. Went right into Adult 2. She fell asleep during the final exam and still passed. So then it was on to Canine Good Citizen training. She was the queen of the school and pranced around with all of her neat tricks.

Until something terrible happened.

The lady was in a car accident with my mother. She was in the front seat, and that likely saved her from a lot of trauma. My mother was rear-ended, and the lady fell off the seat. The vet explained that she wouldn’t understand that that is not supposed to happen. She now thinks that can happen at anytime. The lady became anxious. Terribly anxious. She was afraid of the remote control, she was afraid of any noise. She was terrified of the car. We had to give her a tranquilizer if we had to go anywhere long distance. She was no longer the confident, demanding puppy she had been. She was broken.

So I made the call. I called the breeder and said we’re looking for another puppy to help our lady. The breeder said, we don’t have any puppies but…

We have this guy.

Runner was the lady’s actual brother. From the same litter. He’d led the life of a show dog while the lady had been busy being a pampered princess. I had a lot of weird emotions all at once. I was worried about bringing a second full-grown dog into the mix. Would his personality fit with our lady’s? Was he a good boy? (The lady was perfect, and we were not going to mess that up.) Would he like us?

But the lady was too frightened, and my heart was too broken to say no. We went and picked up the dude in Rhode Island after a field trial. And we brought him home, and our lives would never be the same.

The first week he was here he ate a rock and had to have major surgery. MAJOR. They opened him up from chest to boy parts to find the rock that had wedged in his intestine. We got to keep the rock. The lady realized this new guy was in trouble. She realized he was in pain. And suddenly, magically, unbelievably…

It was like someone had flicked a switch, and the lady realized she was really a bad ass. She was strong and confident and smart and no one – NO ONE- was going to mess with her brother while he was hurt. It was a long, slow recovery for the captain because he kept peeing on his incision. The vet recommended slow, long walks to get him moving.

One night we were out in the hood, and a Great Dane broke out of his yard. (I can’t make this stuff up.) A big, scary Great Dane that charged at us, barking and yapping. I need to point out here that it was a GREAT DANE. The lady and the captain are like six inches tall. This was a GREAT DANE. The captain was still wrapped in a bandage from his incision, and the lady was having none of it. She attacked. I mean that literally.  She went full throttle on this Great Dane, and the poor dane didn’t know what hit him. I was holding the lady’s leash, and of course, I should have pulled her off. I should have made her stop. But I was too stunned. This dog who only weeks before was afraid of the remote control was suddenly ripping into a Great Dane. Finally, I realized what was happening and pulled her off, but by then the Great Dane had relented and his owner had come to get him.

The lady was still riled as we walked away, and the captain? The captain turned around and went woof. (Subtext: yeah, don’t mess with me or my sister will get you!)

And so began the adventures of Lady Barks-a-lot and Captain Licky.

I didn’t think I could love another dog the way I love the lady. Especially one that I hadn’t raised myself. But let me assure you. If you ever meet the captain, you will understand. Runner is a dog that dares you not to love him. He’s not perfect. Far from it. He’s caused this momma a lot of grief and many tears. But if that Great Dane ever shows up again, you’d better believe I’m going to give him hell. The captain is the goofiest part of our family. He’s a lover. He’s a cuddle bug. He’s a Basset hound.

We got him to save the lady. But he really saved us all.

And that is the story of a lady and her captain.

I sat down recently with fellow author Barbara Bettis for a chat.  Stop by her blog for a full run down on writing, the day job, Basset hounds, and what I’m working on next. Check it out now.

When She Knows is being showcased on Flash of Romance today. Stop by for an excerpt!

I’m visiting with author Angela Hayes today to talk about When She Knows, my three favorite and more. Stop by our chat to learn more!

I don’t often use my blog as a soap box, but today I must.  I married into a newspaper family whose roots run deep in the journalistic history of our nation, but that’s not what has prompted this post today. Recently I began actively writing a story that started brewing in the fall of 2013. …