We’re continuing our trip through the Morgan Library and Museum in New York City, a stop during a recent research trip to NYC.  Next on the list, let’s talk about decor, because the wealthy of the Gilded Age loved their decor. 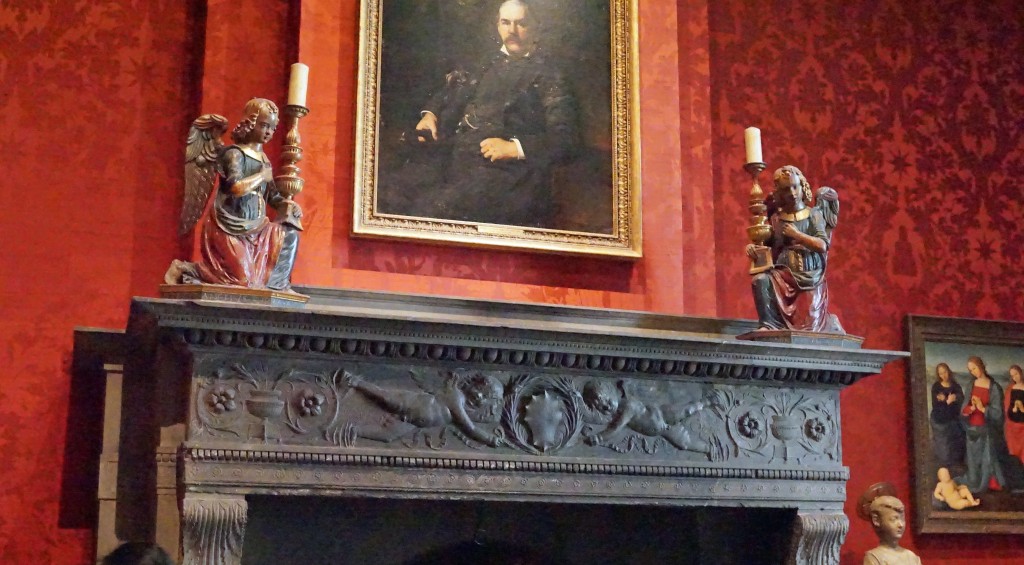 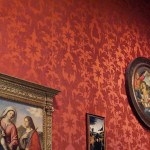 Let’s talk about this bright red wallpaper that was clearly designed to give small children nightmares.  Wallpaper during the Gilded Age was often made of silk and hand painted.  Yes.  Silk.  Hand painted.  In the case of this red monstrosity, Morgan had this wallpaper brought over from a palace in Italy where the silk was used for decoration and the Chigi coat of arms was applied to its surface.  The Chigi was a notable banking family in Italy, so you get the association. 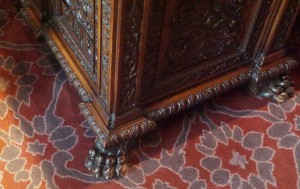 Furniture was heavy during the Gilded Age and often reflected a person’s interest in the Renaissance.  You have just such a thing in Morgan’s study at his library with the heavy claw feet of this custom desk made by Cowtan & Sons in London, England.

Once more you have New York high society reflecting noble roots in Europe even if the connections were tenuous at best.

Charles Dana Gibson was extremely articulate when it came to demonstrating the silly aspirations of New York high society during the Gilded Age. Here is one of his prints. The title quite sums it up.

Everything in the World That Money Can Buy, Charles Dana Gibson used through the Creative Commons License