We’re continuing our trip through the Morgan Library and Museum in New York City, a recent stop on a research trip to NYC for my current work in progress.  The next thing I want to talk about are the books, because well, this was a library, right? 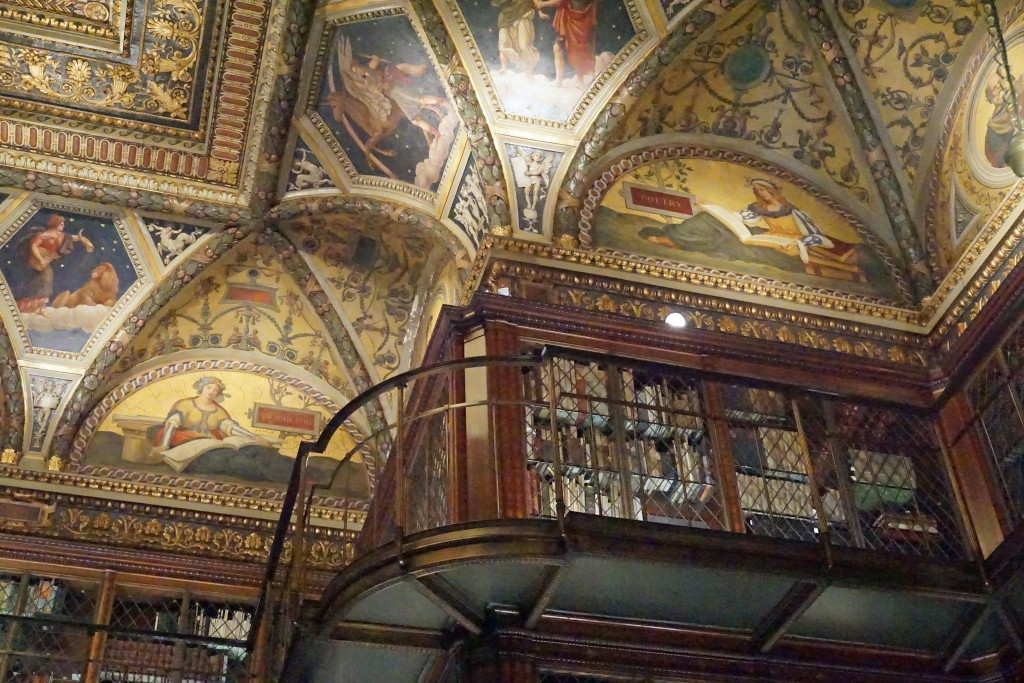 It was Andrew Carnegie who first pushed for the modern day public library as we know it, so back in the time of Morgan, wealthy society members had robust, valuable collections of books for their private use.  Again, this was a way of demonstrating their wealth to the masses.  Or at least, the masses who mattered. 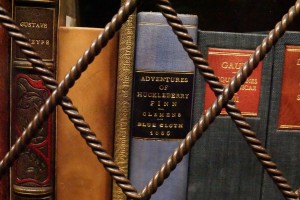 Morgan’s library was no exception.  He had all the right tomes in all the right places including original copies of Gutenberg’s Bible and handwritten sheets of Thackeray’s Vanity Fair.  This was an incredible display of Morgan’s wealth and would suit his needs for appearances in New York society. 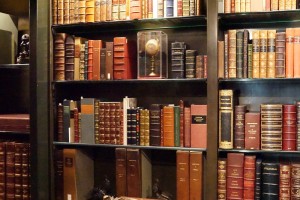 Inside the vault of the Morgan Library, New York City

Now you may be thinking what a great benefactor Morgan was.  After all, I was in this library, so it must now be open to the public.  Sorry to disappoint, but Morgan was very much like his contemporaries.  This was a private collection well guarded (as evidenced by the vault in the library) and was only opened to the public after Morgan’s son donated the library for public use in 1924.

Get it from the source on the rise of the modern day library.