This week I welcome author Brenda B. Taylor to the Friday Fast 5.

What author first inspired you to write your own stories?

I read biographies, westerns written by Zane Grey, and Nancy Drew written by Carolyn Keene during my school-age years. I try to incorporate the elements of action from the westerns along with the suspense and mysteries of Nancy Drew into the books I write.

Do you cast people to play the characters in your stories?

Oh yes, I cast my characters. The characteristics—physical, emotional, and spiritual—are firmly fixed in my mind and written on paper before I write. Some of the minor characters happen along during the writing process.

I am more of a character writer than plotter, although I do plot the stories. My characters soon take on personalities of their own, sometimes doing and saying things I don’t expect. They may take the scene in another direction. Their conversations roll around in my head until I finally write them down.

What is on the top of your to be read pile?

I have a Scottish historical romance, A Highland Pearl, soon to be published.

My first love is coffee, but I enjoy Arizona Green Tea. It takes two cups of coffee in the morning to get my engine revving enough to work.

How do you overcome writer’s block?

I overcome writer’s block by writing. When I sit down and put words on paper, the thoughts and ideas begin to come. Sometimes they are jumbled, and I have to sort them out, but I usually can glean an idea from the scribbles.

Don’t miss Brenda B. Taylor’s Through the Storm… 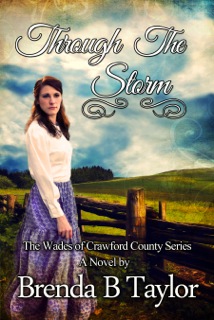 The Wade family saga continues in Through The Storm, a work of historical fiction set in post-Civil War Missouri. Love reigns in the home of Leann and Ralph Wade, although tested many times during the course of their marriage. Leann and Ralph struggle to overcome the storms of life through faith, courage, and commitment to each other.

Leann’s faith is tested when her desire to have a large, fun-loving, congenial family like the one in which she was raised is threatened; however, she never stops believing the Lord answers prayer and turns to Him for consolation. After eleven years of marriage with one natural-born son, an adopted son, and a foster daughter, Leann does not give up her desire to have more children.

Ralph is proud of his ability to provide for his family on their large productive farm. He takes great pride in his crops and the abundance of their produce. Ralph is content with his lovely wife and three children, but he adores Leann, and she wants more children, so he wants more children. His heart’s desires are to please his wife, raise his three children to be fine responsible adults, and work the land on his farm.

Ralph’s pride is wounded and his emotions in a turmoil when he contacts a disease from his school-age children that may render him unable to father more offspring. His very manhood is at risk. During his illness and confinement, Ralph becomes more humble and thankful.

Their marriage is threatened by the attraction Sonny, Ralph’s older brother, feels toward Leann, and Joan Smith, a Cuba business woman, displays toward Ralph. Sonny secretly loves Leann. No other woman can take her place in his heart. He tries to keep his feelings at bay, but her memory is welded into the very fabric of his being. Sonny loved Leann before she and Ralph married, but he enlisted in the Confederate Army during the Civil War and lost his opportunity to court her. He never expresses his love openly; however, Leann and Ralph suspect his feelings.

Sonny is good to the family, especially James, their adopted son. He and Joan brought James to Cuba from New Orleans when the baby’s mother abandoned him. Leann and Ralph adopted James and feel in their hearts the child is really Sonny’s, although they do not express those feelings to anyone but each other. Joan remained in Cuba to begin a new life.

Ralph befriended Joan Smith during an earlier encounter when she was under great distress. He found her appealing, but his love for Leann prevailed over the physical attraction he felt for Joan. The lady continues to show her feelings for Ralph, although he remains only a friend to her.

Will the marriage of Leann and Ralph survive Through The Storm?

Where to find Brenda…

A little more about Brenda… 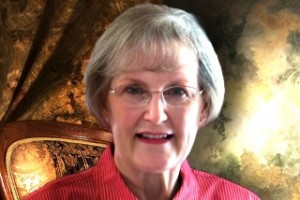 The desire to write historical fiction has long been a passion with Brenda B. Taylor. Since elementary school, she has written stories in her spare time. Brenda earned three degrees: a BSE from Henderson State University, Arkadelphia, Arkansas; a MEd from Sam Houston State University, Huntsville, Texas; and an EdD from Texas A&M University, College Station, Texas; then worked as a teacher and administrator in the Texas Public School system. Only after retirement could she fulfill the dream of publication.

Brenda and her husband make their home in beautiful East Texas where they enjoy spending time with family and friends, traveling, and working in Bethabara Faith Ministry, Inc. She crafts stories about the extraordinary lives of ordinary people in her favorite place overlooking bird feeders, bird houses, and a variety of blooming trees and flowers. She sincerely thanks all who purchase and read her books. Her desire is that the message in each book will touch the heart of the reader as it did hers in the writing.

I caroled the praises of fellow historical romance author, Hannah Meredith, on this blog before (Remember: you can send ebooks as gifts to the historical romance novel lovers on your list, and if you’re still looking for recommendations, I suggest Meredith’s Kestrel and A Dangerous Indiscretion…or anything else she’s written!), and it is my great…

Don’t Miss A Highland Ruby: Highland Treasures Book 2 She must choose between a life of adventure with the man she loves or a settled, secure life with her betrothed. Flora Vass put Gavin Munro out of her heart and mind until he returned to Scotland after an adventurous five years in the New World….

In the beginning of Inevitably a Duchess, we are given the treat of seeing Jane with Nathan and Alec as young boys.  And in this scene, Jane and the boys recite a bedtime chorus: “Now then, boys, what time is it?” she asked once she was fully standing. Alec shot up off the floor, a…

To Save a Viscount: Book Four of the Spy Series By Jessie Clever In Book Three of the Spy Series, A Countess Most Daring, we learned of the death of Richard Black, the Duke of Lofton, by foul means.  Or did we? And when an assassin threatens England’s spy network, Lady Margaret Folton must find…